Industrial Design
Rokus van Blokland attended the new Course for Industrial Design (CIV) in The Hague. It started in 1950, the first time the course was given. Teachers were among others Gerard Kiljan, Cor Alons and Gerrit Rietveld.
Rokus graduated in 1953 as the first industrial designer in the Netherlands.

Rietveld asked the class to design toys; 'Toys in which the wrapping is part of the playing'. Rietveld thought in the opposite direction, in contrary to what was prevalent at that time where a toy was packaged in a box that often was discarded and does not become part of the play.

Rokus designed blocks in a wagon (the 'packaging') that could be fully dismantled. The wheels were loose on one side of the axis causing the coloured long blocks to be part of the game. Rokus writes about it: 'A wagon with blocks, if taken apart the long blocks may be used to build along with the other blocks to become a bridge, a roof... And if you stop playing it becomes the wagon again with blocks. You start something and the rest will follow from it.'
The Wooden toy block wagon was, slightly adjusted, taken into production by Sio in 1954.

All parts become part of the playing.

1952 Radio
At that time, radios were bakelite or wooden boxes with a built-in loudspeaker behind a sound-permeable piece of cloth, fitting into a traditional interior.
Teacher Design Kiljan was dissatisied with this situation and stimulated with the assignment to think differently.

Rokus noticed the lack of clarity between the receiving device and the sound reproduction. Separating the functions resulted in clarity of form. The contrast in black and white accentuates the difference in functions.
Because receiver and loudspeaker were separated from each other, multiple combinations of positioning were possible. 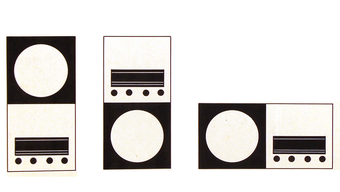 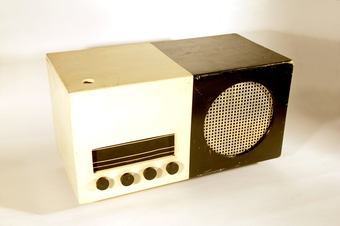 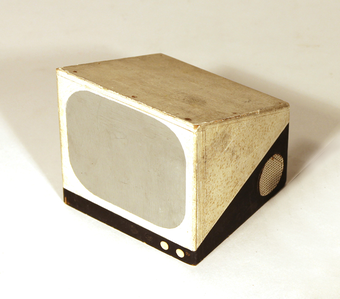 Televisions were just like radio's brown boxes which had to fit into the interior of that time. The top of the television was usually horizontal so you could put something on it.
This design was created by thinking as with the radio to create form possibilities.
The television received a slanting top that followed the tube inside. The top was removable for repairs. Image and sound were separated in function and color. Left and right a loudspeaker for high and low tones. 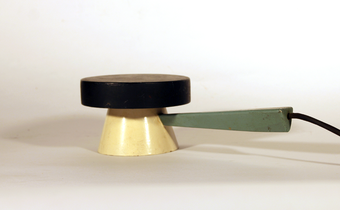 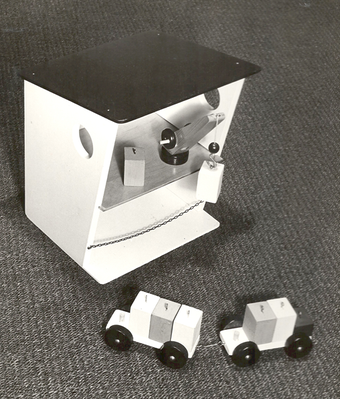 1953 Warehouse
From Goed Wonen nr 10, 1953:
The task the designer suggested, was to increase the playability, which is extremely low in the existing models.
1 The house is open, the child enters with his hand ...
2 Protruding roof gives the impression of seclusion, it protects cars of getting wet during loading and unloading.
3 The hoist is detachable and can be placed on a car (car hoist).
4 The attic with the hoist can be extracted from the warehouse and serve as a wharf.
5 The cars can be demounted, the blocks become packing cases.
6 The downstairs space can be a garage and can be locked with a chain.

1953 Soap Dish
The Institute of Industrial Design wrote in 1953;
The large holes allow evaporation at the bottom, while - as with long-term use trials by the designer was encountered - there is no 'leakage' of the soap dish. The second objection [the soap dish getting dirty at the front] was lifted because the front of this new model is gone and the bottom was lifted at an angle.

Rokus received for this design the highest encouragment award from the Institute of Industrial Design in Amsterdam. 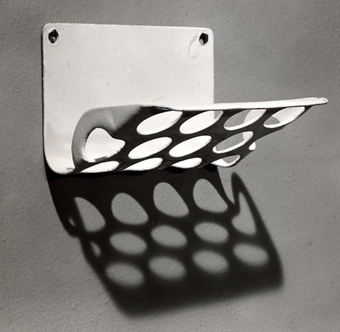 Made out of one bent metal plate. 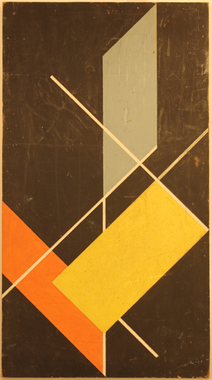 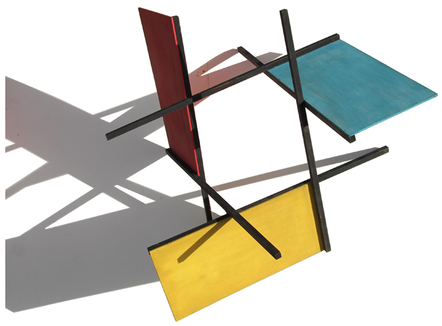 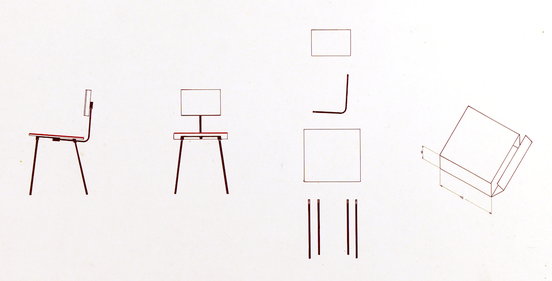 Removable chair which elements fit in a box. 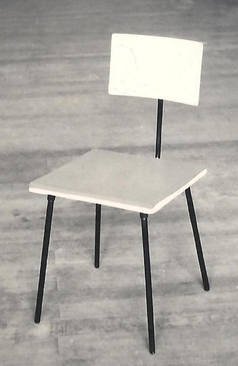 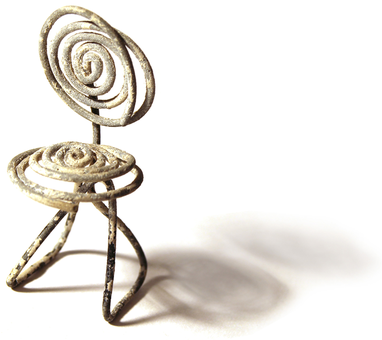 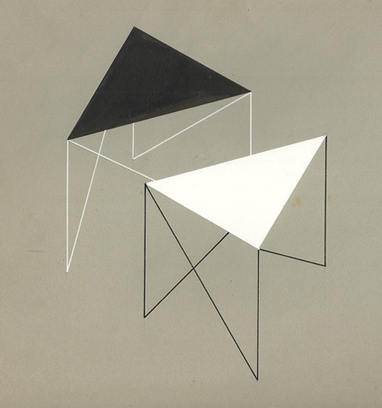 Two black and white isosceles triangles may combine to a square. The chassis made of bend wire which carries the points.
Black tabletop with white legs, white tabletop with black legs. 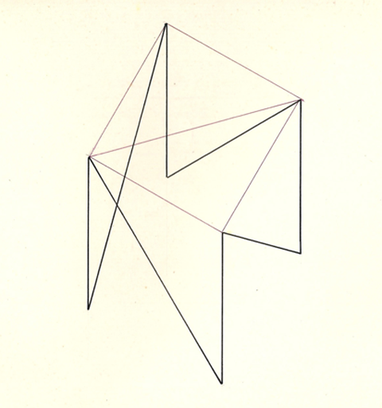 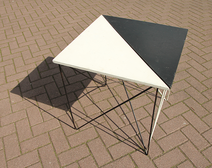 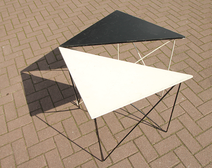 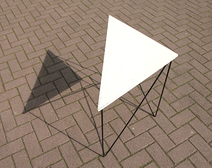 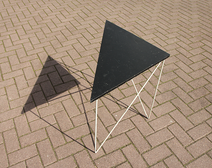 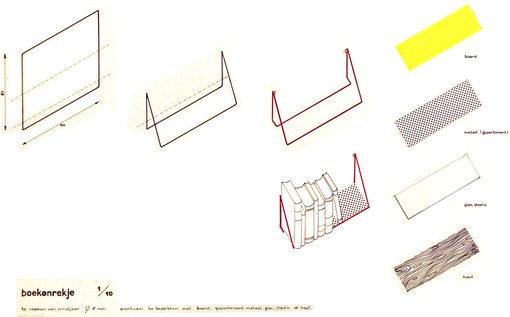 Bookshelf carrier made of wire. More carriers can be attached above each other, thus creating a bookcase. The shelf may be made of various materials. 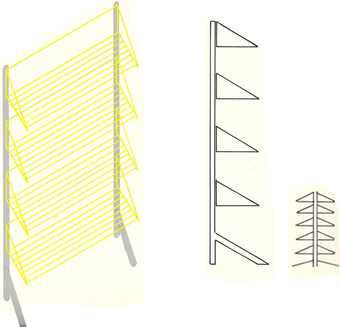