Pyramids
Pyramids have always been part of the Sio collection. During the years Rokus and Corry made several designs.

The central axis of the pyramid makes it possible to make different combinations with the stacked forms. A logical sequence is by size; large at the bottom to small at the top. The colours often work along with it. Thus creates a classical pyramid.
The 'Siolieten' colouring technique paints the wooden parts of the pyramids with bright transparant colours.

The pyramid can be a figure with a fixed order, as August. Changing the order of the elements creates new dolls with funny shapes and colours as in the series of buildingsets in 1957. 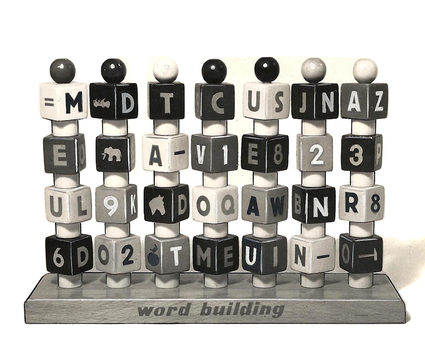 A first design is 'word building'. Words can be formed with letters on cubes. The golden letters and small drawings were manually pressed with a special machine on the four sides of all the blocks. 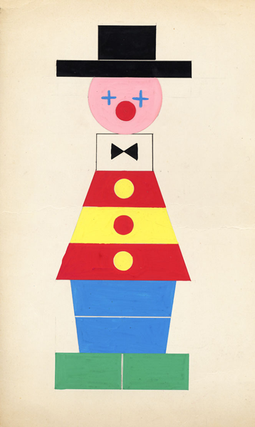 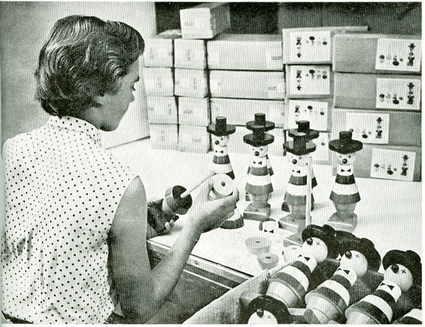 1957 Production August at the factory in Vroomshoop 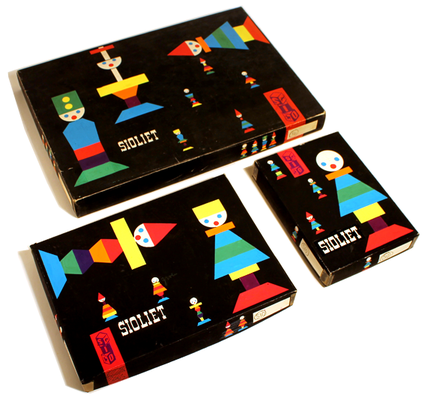 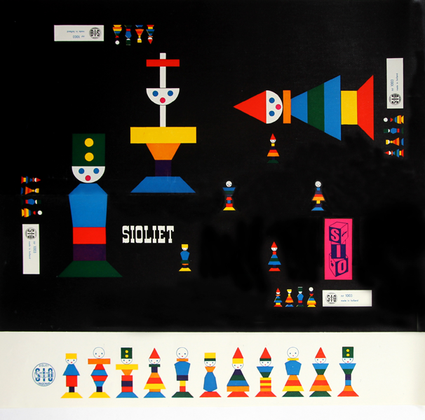 A strip of examples was printed along with the label. 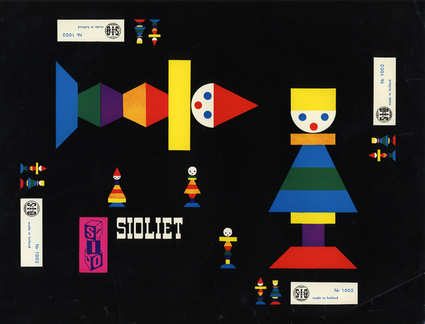 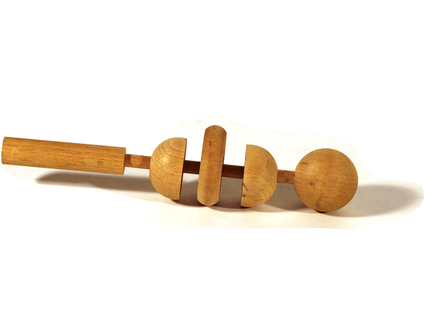 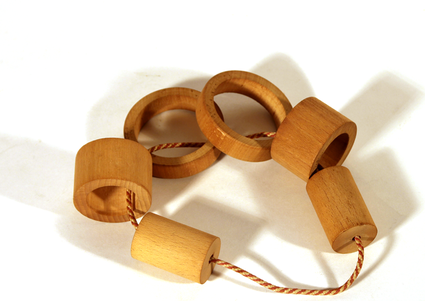 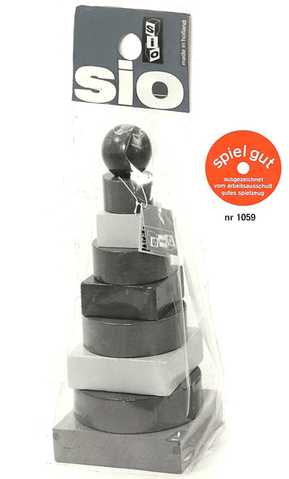 Pyramid with coloured forms. One of the design made by Rokus and Corry which received the 'spielgut' award for quality.

1971 Pyramid with colour spectrum I 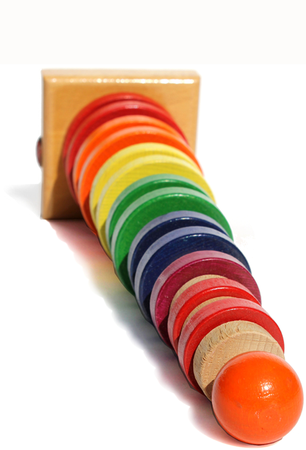 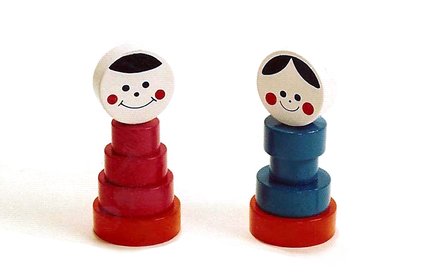 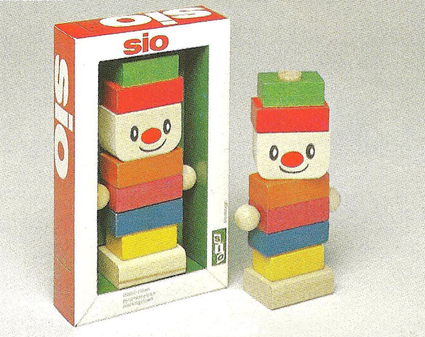 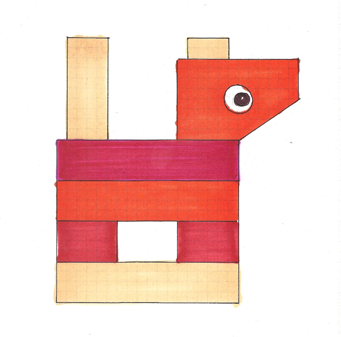 Design in a serie for Marks and Spencer. 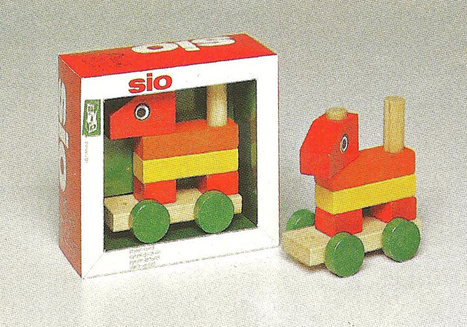 Pyramide dog on wheels, with hole for a pull cord.