Western
With the upcoming of television, new toys hit the market. Television series like 'Lone Ranger' brought playing dolls like cowboys and Indians but also horses.
For girls there were Barbie dolls and others like Sindy. They could also ride a horse.

For these groups Rokus and Corry designed a serie of Western / play stables. Later also shops, a blacksmith and a sheriff office with its own jail. 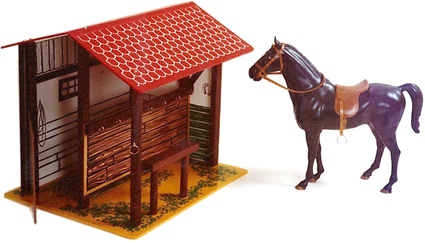 Stable with door and hooks to hang the riding equipment. 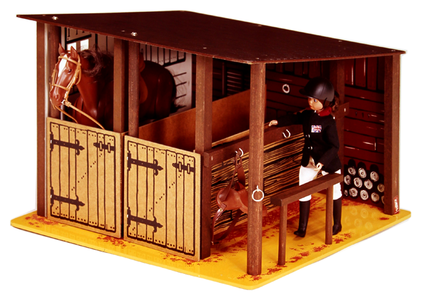 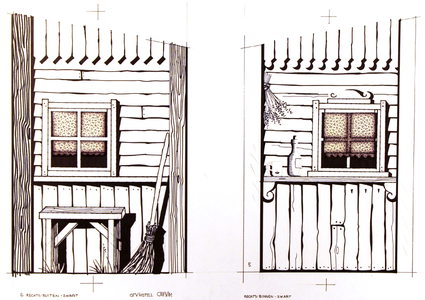 All sides, inside and outside, are separate drawings.

Drawing for the background print of the Sio City Hotel.
Detail: 'Notice' signed with CVBM initials. 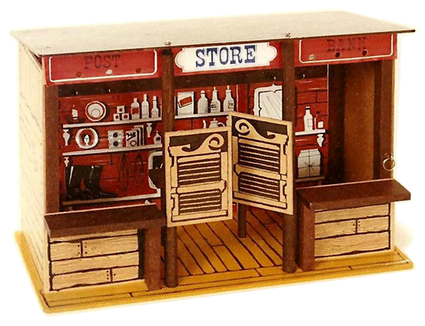 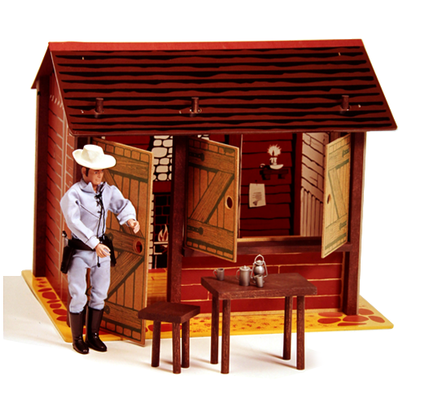 Western Cabin with doors and windows, furnished with bed, table and chair. 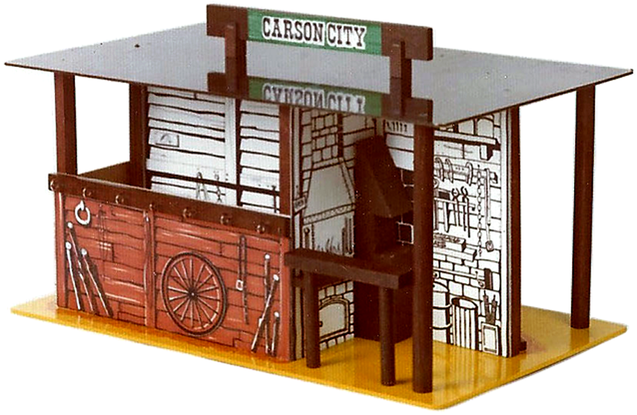 Carson City with a stable for the horse, a blacksmith, a Store and a real Jail. 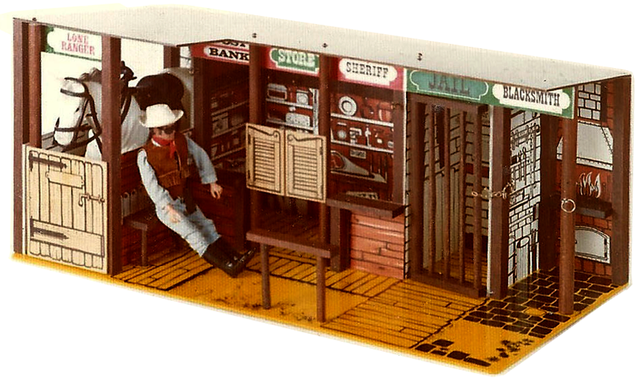 Design for a multiplex stall, made out of a single plate.
Drawings for prints on the walls on the inside and outside.