Sio mobilo and Sio Doubles
With beech wood forms stacking, balancing or driving. Sio mobilo consists of thick white beech slats of 3, 5 or 7 holes. Further, wooden cylinders from small to large cubes with a hole and wheels. Coloured dolls in six basic colours can participate in the game.

The parts are coated with a thin protective layer so that beech remains natural and does not become dirty. An odd number of holes in the slats is that buildings can stay in balance.

There were 4 different boxes with an increasing amount of parts and thus increasing opportunities to build and experiment. Sio Mobilo also came in specially designed crates to be used in primary schools, kindergarten and creches. 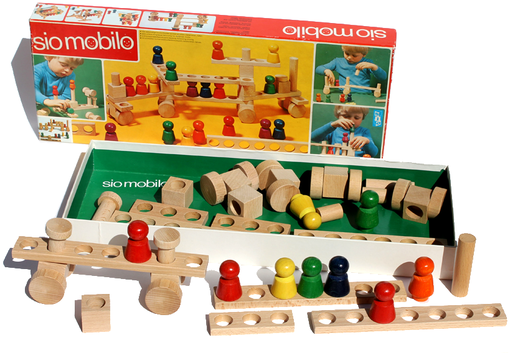 Largest box in a serie of 4. 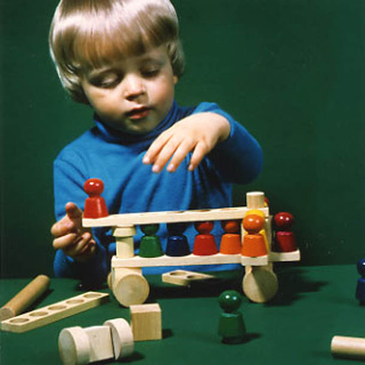 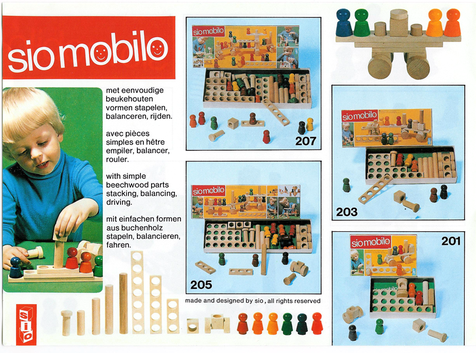 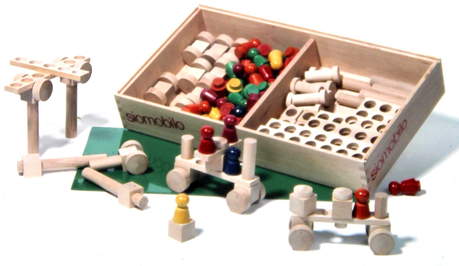 Sio Mobilo crate designed to be used in primary schools, kindergarten and creches. 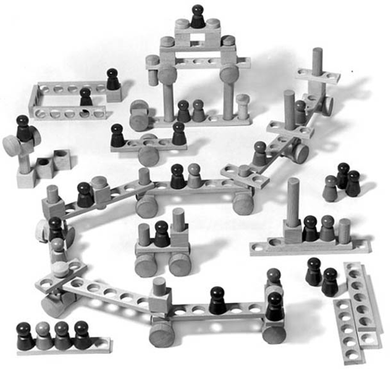 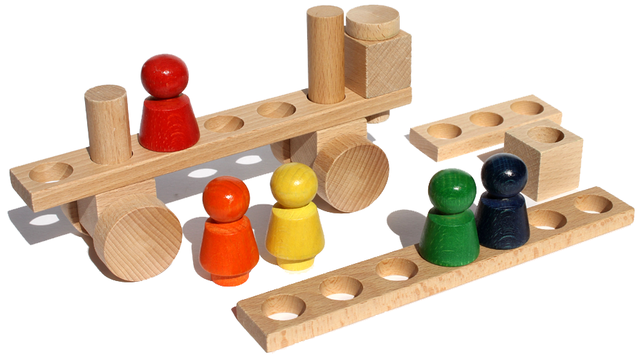 Slats with odd number of holes, cylinders with blocks, wheels and coloured figures. 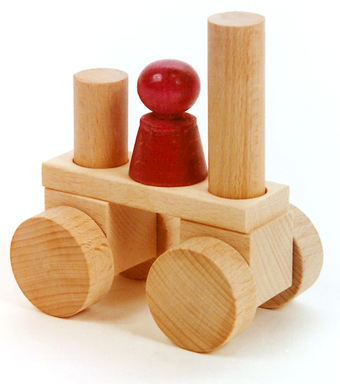 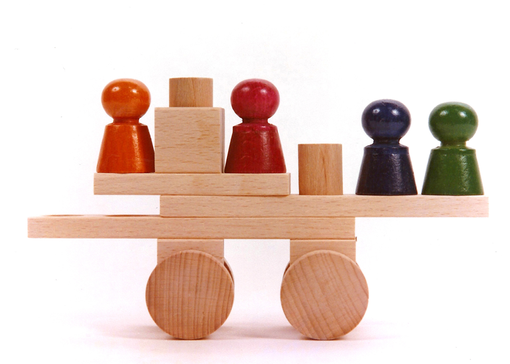 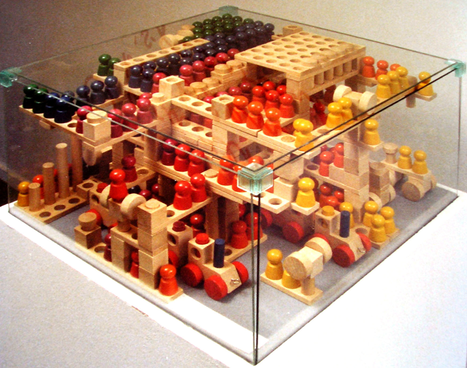 Exhibition to celebrate 300 years anniversary of the Royal Academy of Art in The Hague. 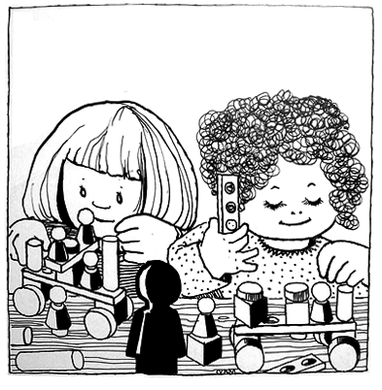 Drawing made by Corry, signed with CVBM. 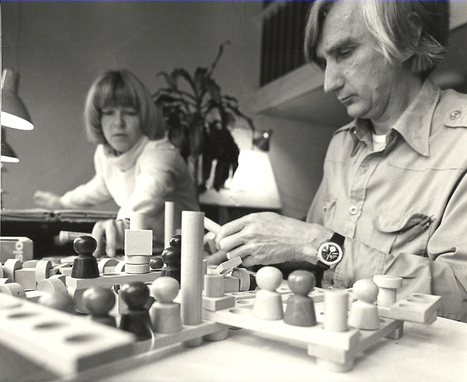 Corry and Rokus at work in the atelier. 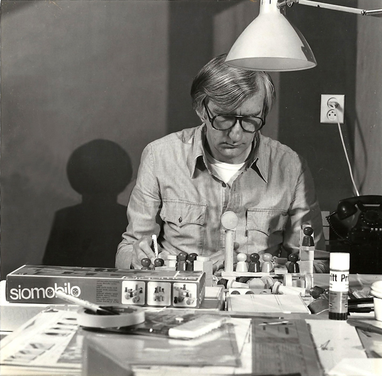 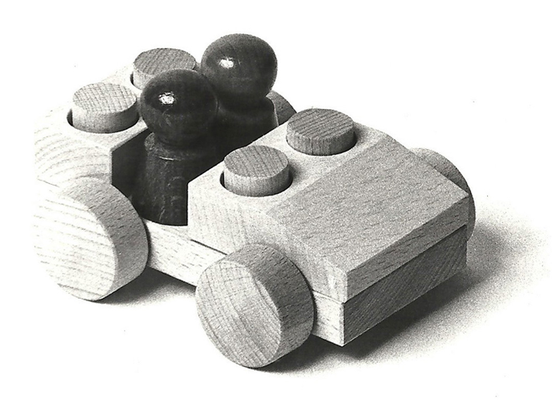 The 'Doubles' series is based on Sio mobilo. New elements make ​​it possible to build cars, boats or a crane. 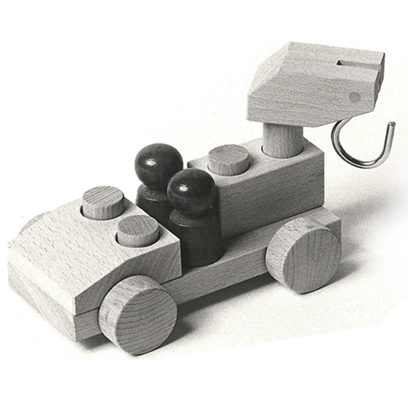 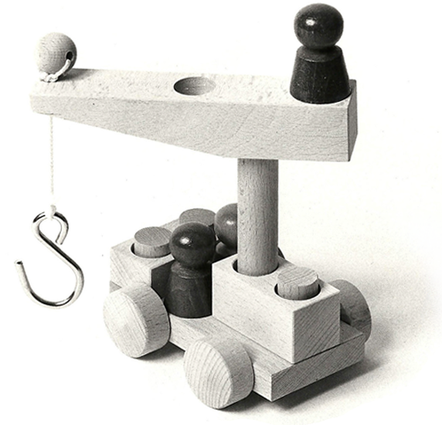 Doubles with bead on the crane hoist to lift with. 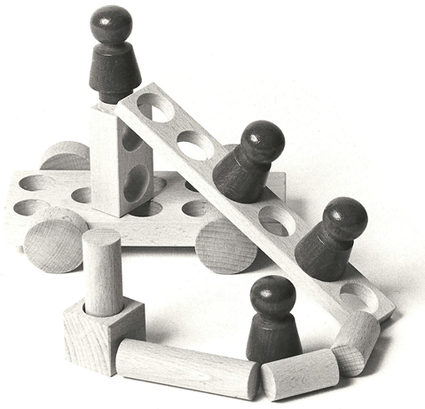 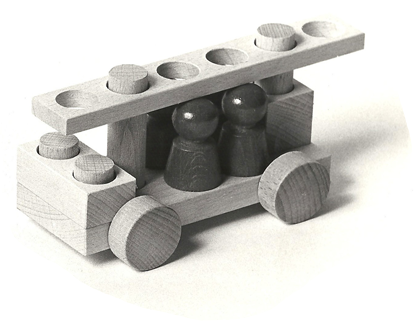 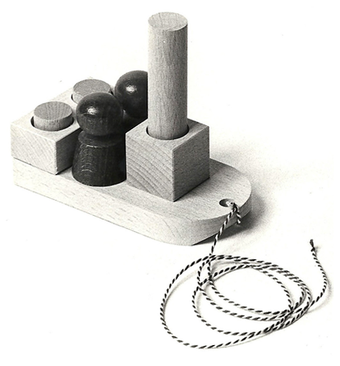 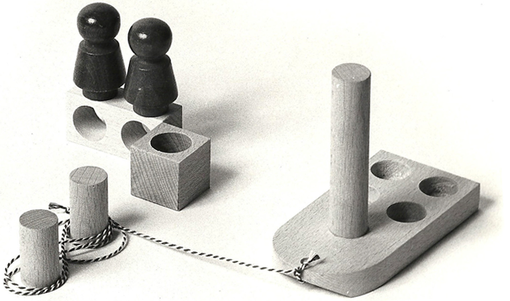 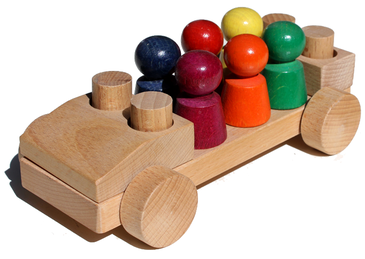 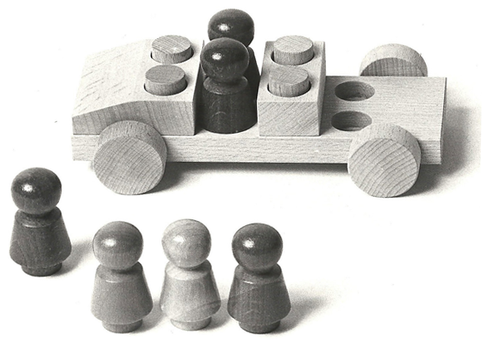