Sio Montage
"Sio Montage is born in the years '56 - '57. The first start was a thick plastic bolt van Blokland got hold of. This made him play with all kinds of opportunities that were offered by the bolt. After the bolt came a nut, perforated wooden strips, blocks with threaded shafts, discs and wheels. " (Het Parool, Dec 1, 1962).

The Sio Montage system is based on a size of 2.5 cm. All parts can be found in this grid.
The slats and blocks are coloured in bright transparant colours using the Sioliet dyeing method.

The Sio Montage collection has been expanded throughout the years with many new parts and construction sets. These created new possibilities and challenges to the young builder.

Sio Montage building sets were produced by Sio in very large numbers and exported to many countries. 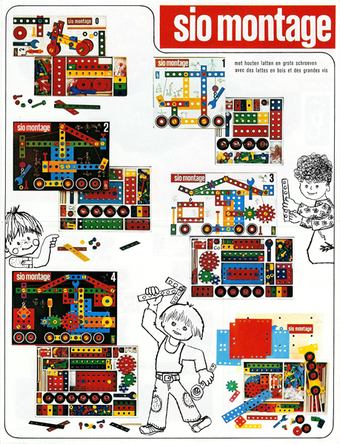 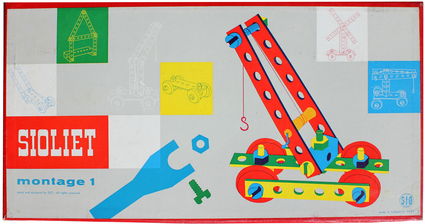 In the first years Sio Montage was called Sioliet Montage, named after the colouring technique, developed by the Sio factory. These first sets had a wooden wrench and screwdriver.
Size: 42 × 22 × 4 cm 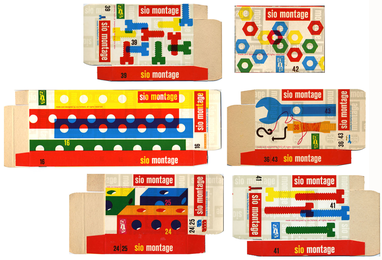 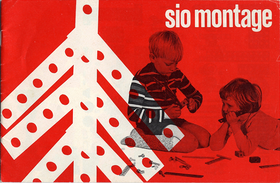 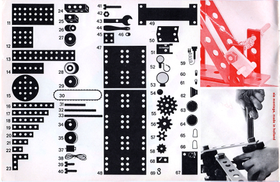 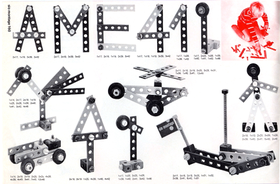 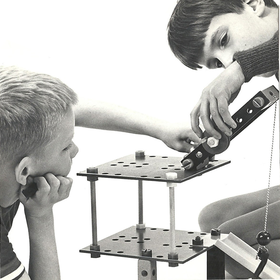 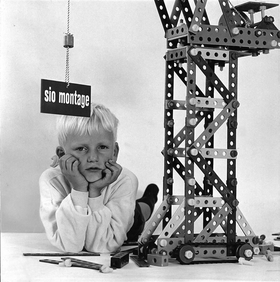 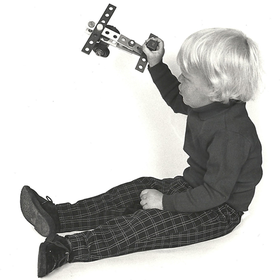 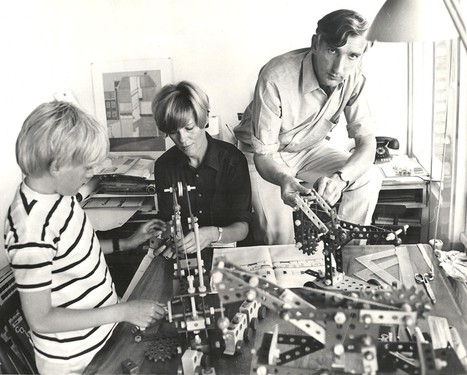 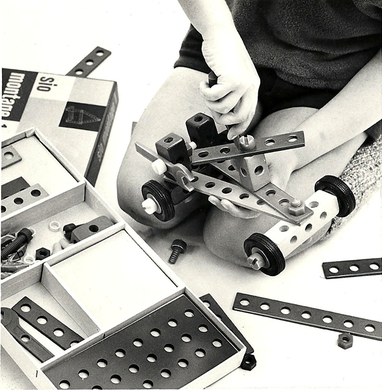 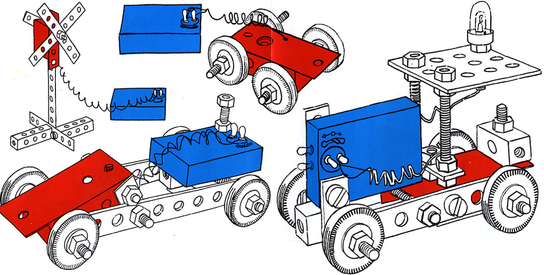 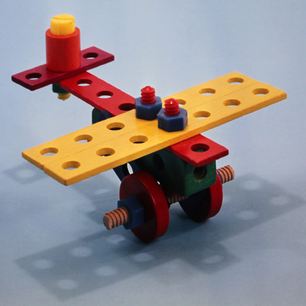 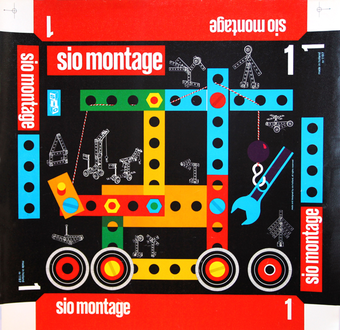 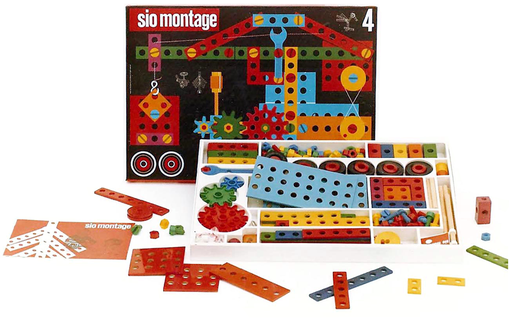 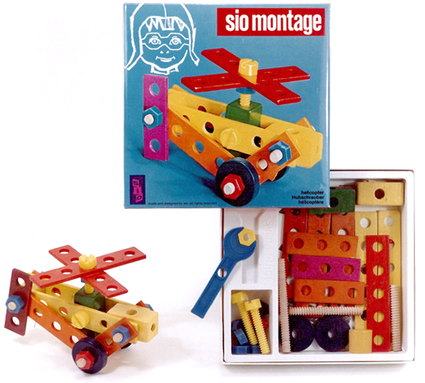 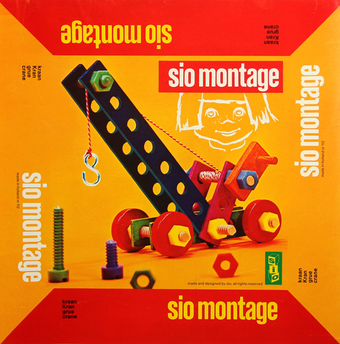 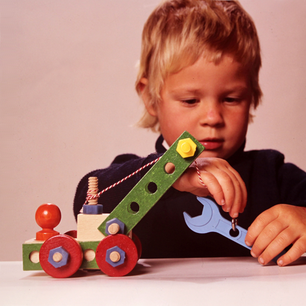 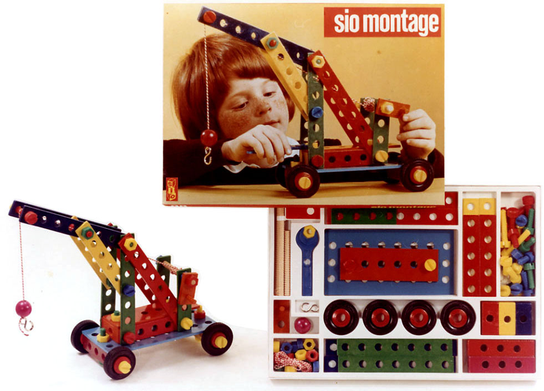 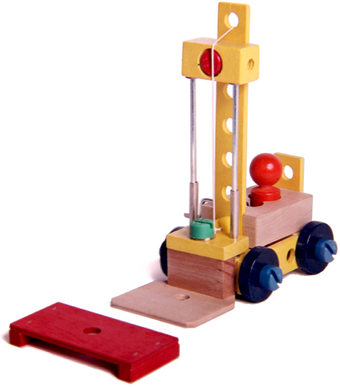 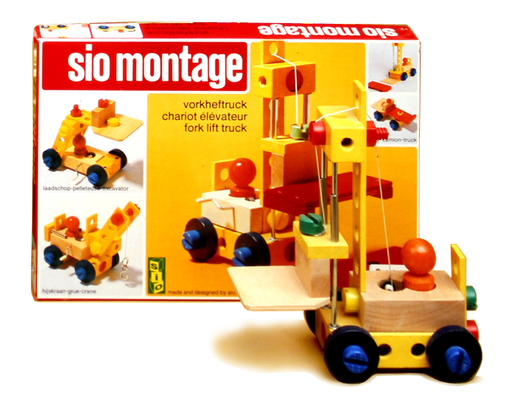 Label with sides which fold over the sides. 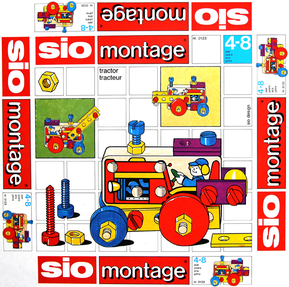 Tamponprinting was a new innovative method which made it possible to print on thick wooden surfaces with holes. The entire production line including the cliches were lost in the 1982 fire.
The production has later been continued at another location. 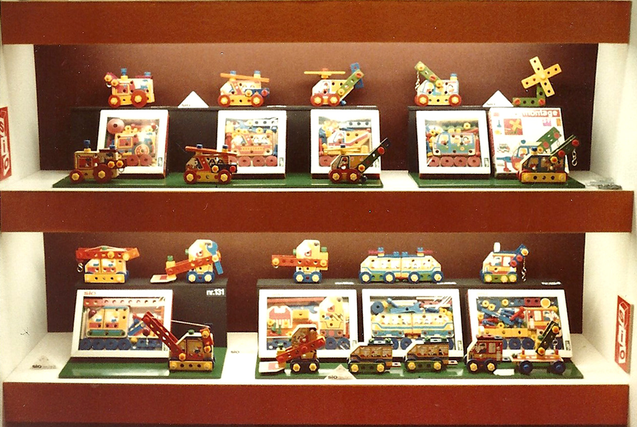 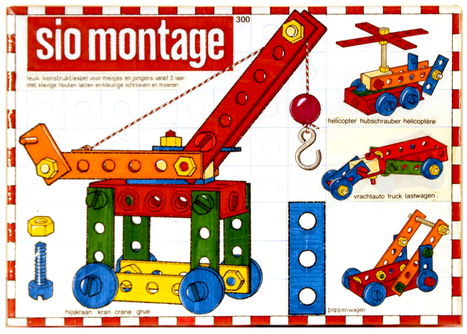 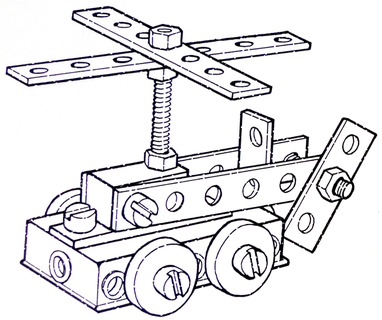