1947 – 1955 Atelier Krugerlaan
Next to a pumping station at the Krugerlaan in Gouda, architect and contractor Dessing built an office with two floors. Rokus van Blokland rented the top floor, which was converted into a house / studio by him. This area of 2,5 × 4,5 m had all around windows. After placing shutters on the windows, the atelier could also be used as a dark room.
Van Blokland travelled from the studio back and forth to the Academy in Den Haag, to Sio Vroomshoop and Amsterdam. In the studio of the Krugerlaan many products have been designed that have been produced for a long period.

A few dozen meters beside this workshop van Blokland has been in hiding during the war. 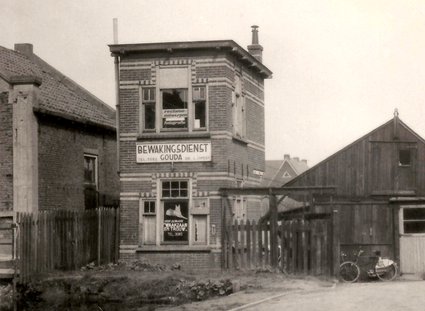 1955 – 1961 Doelenstraat, Gouda
The house in the Doelstraat was long and narrow; 3.60 to 10.70 meters. The house was completely renovated and equipped with shower, studio and darkroom.

In 1957 a magazine 'Mother' visits the home of the young designer duo and writes: "The House of Corry and Rokus van Blokland is a landmark. It is no wider than four meters, no deeper than ten meters and only one storey high. But ingenuity, skill, good taste and helpful friends have a made it cozy home."

About the collaboration:
"Fortunately both Rokus van Blokland and his wife can design and Corry has as much feeling for the educational, artistic and practical possibilities as he has."

About the working week:
"So they work hard in that tiny house in Gouda and no question of a forty-eight-hour week. But Corry and Rokus don't care. They are both young and they bubble with energy." 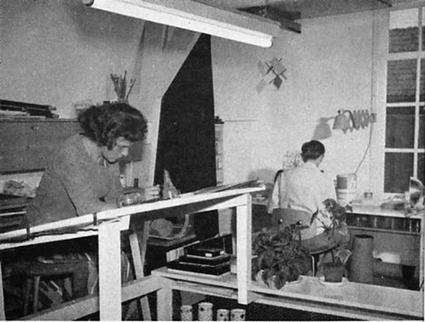 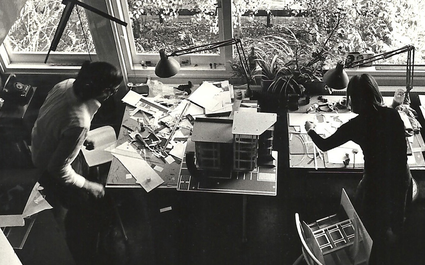 1961 – present Nansenstraat, Gouda
In 1960, the designers bought a family house in Nansenstraat. Because it still had to be built, they were able from the very beginning to change some things in the plans of the house made by architect Cees Rietveld.

Architectural changes could be applied as an adjustment of the layout of the first floor, creating a spacious studio with a high open loft. The multifunctional studio was useful for many activities that would take place from designing, meetings to photo sessions with large high lights. A dark room for photographic work was built in the attic. 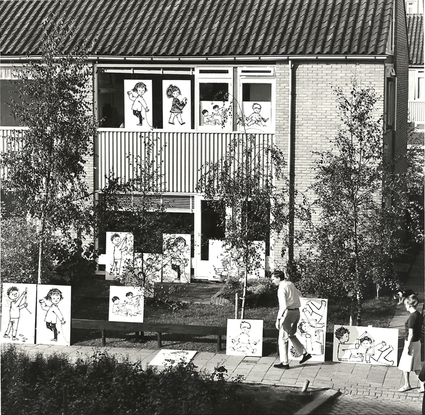 1963 Large illustrations in atelier and garden 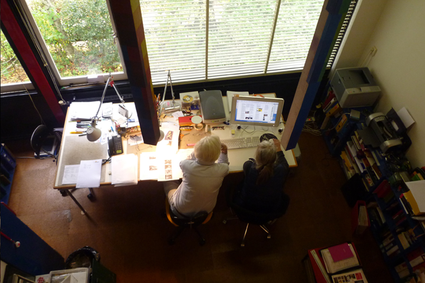 From the 90s the Apple Mac became an important extension of the possibilities in the atelier. Photo: Ron van Blokland 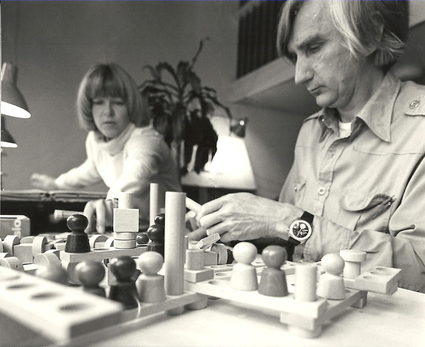 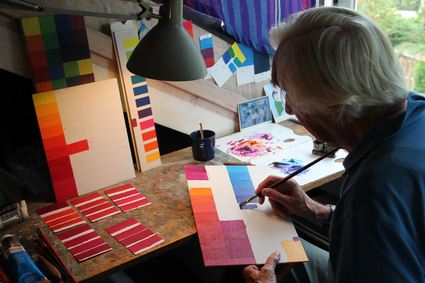