Beads
Wooden beads in bright transparent colours have been played with by generations of children. Beads have therefore always been an important part of the Sio collection.

Another reason that beads were important to Sio is that in the process of colouring the wood, Siolieten, it was necessary to combine large parts with smaller parts in large varnish drums. The small parts, often beads were put together with larger parts like Sio Montage blocks and slats in the same drum. During the rotation of the drums the smaller elements coloured the larger parts.

After the colouring, the parts were sorted and put in baskets to be processed later. 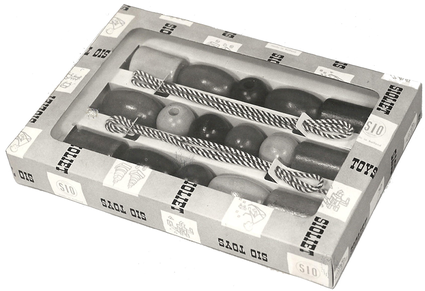 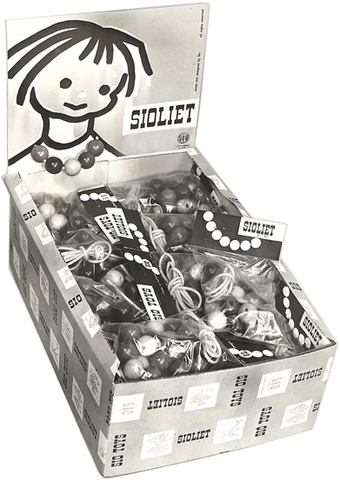 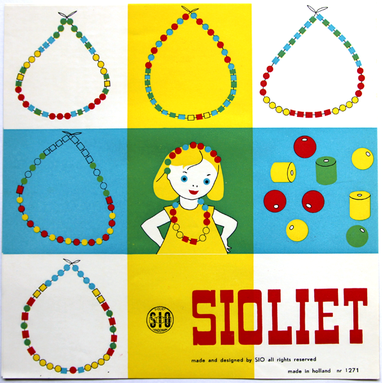 The label was glued on top of the lid. 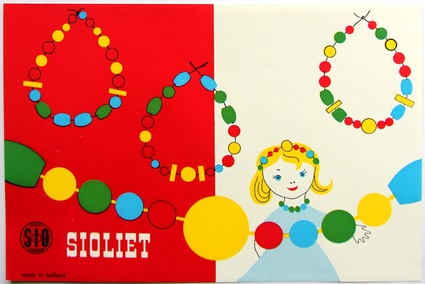 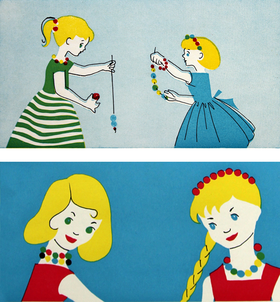 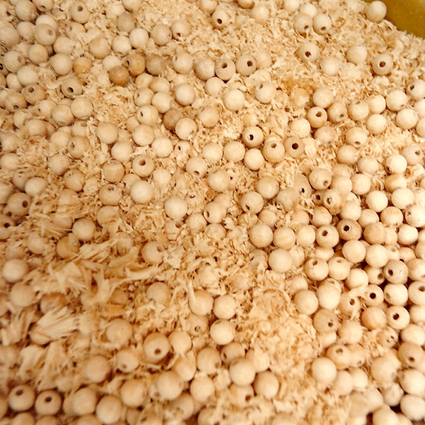 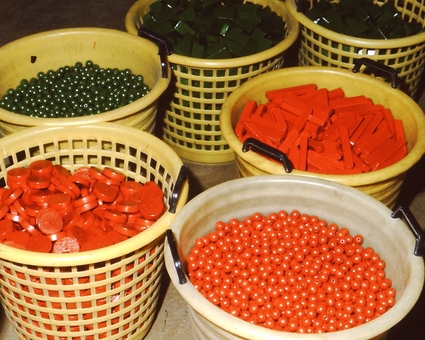 Various elements were dyed with each other. After dyeing everything was sorted again and put in baskets. 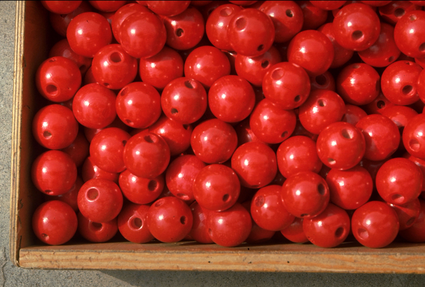 1964 Coloured beads in a crate 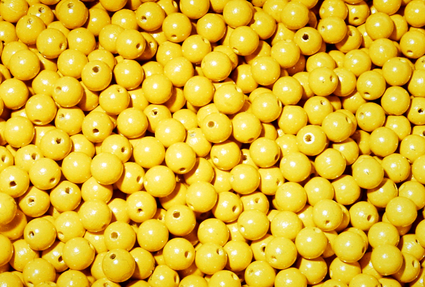 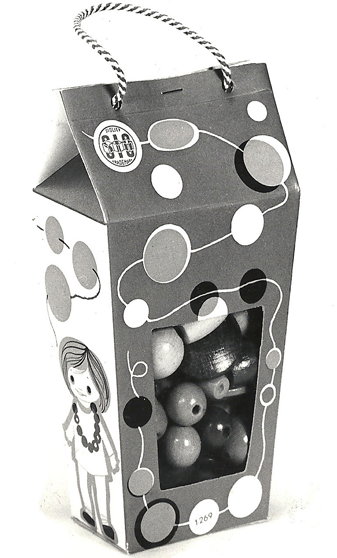 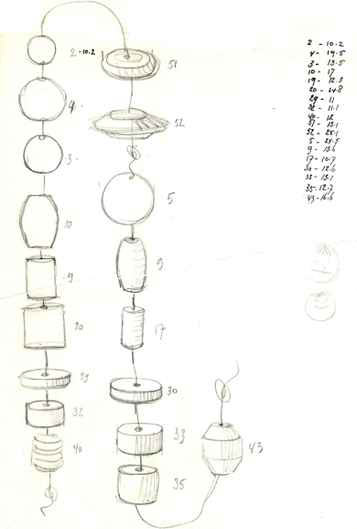 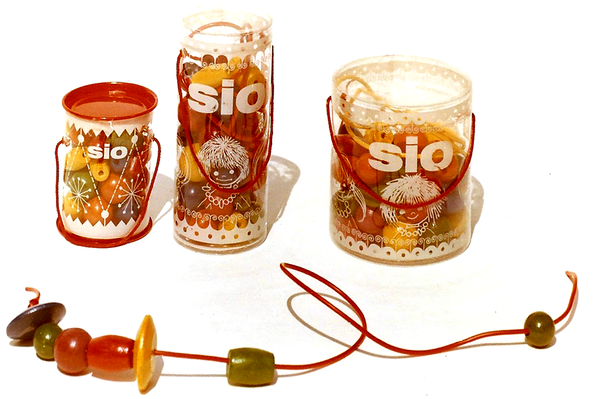 1975 Beads in plastic packaging with print 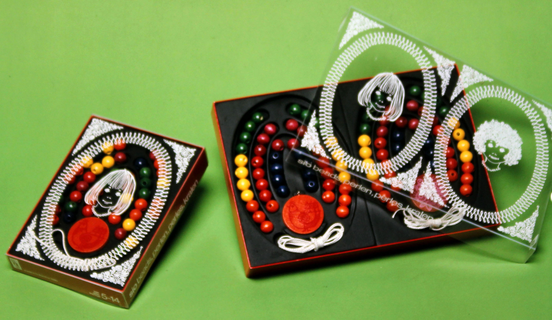 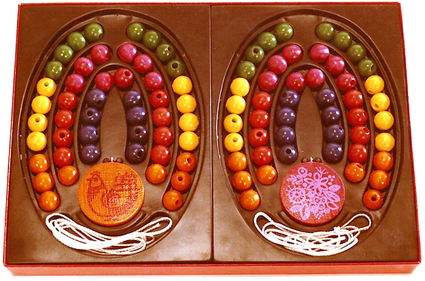 1976 Box with beads and medaillons

Corry's drawing of the rooster has for years been on de Kakelaar, the school magazine of the Anne de Vries School in Gouda. 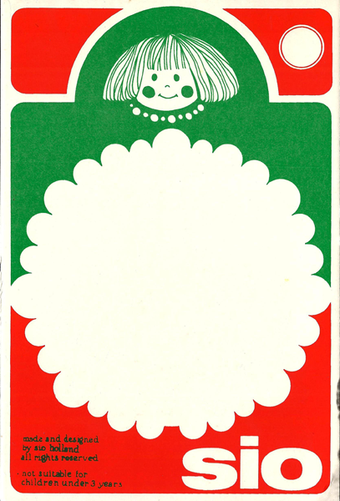 1977 Design package of the beads

Printed carton on which a plastic window will be attached with the beads. 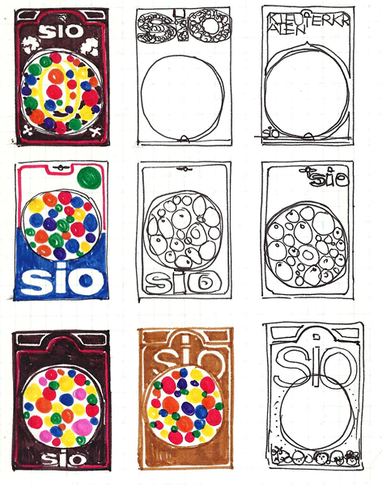 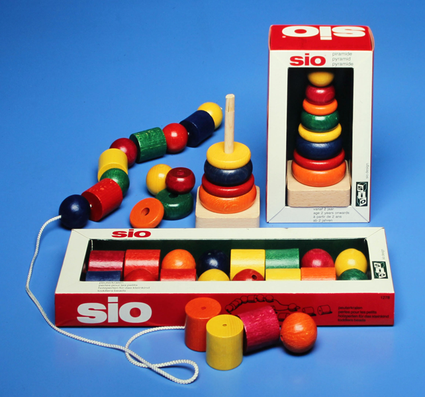 Photo made for Sinterklaas magazine with Sio products.